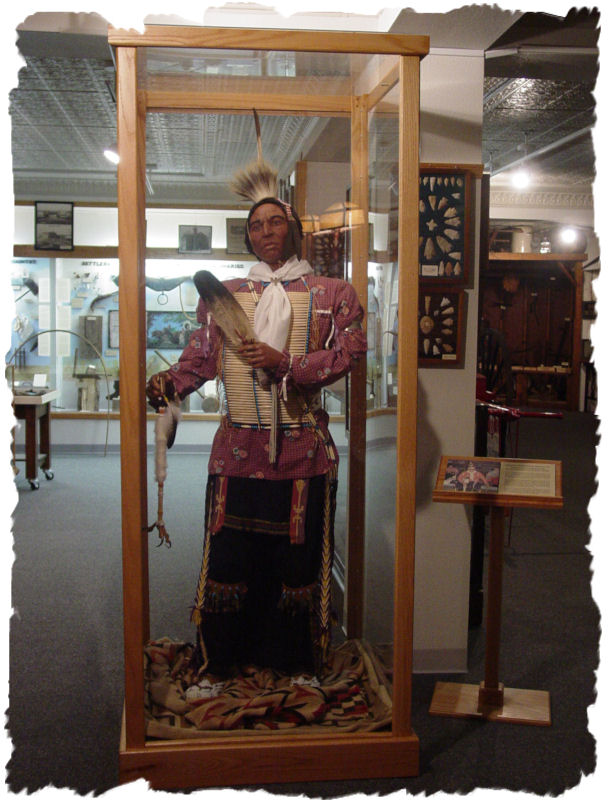 The Osage Indians are believed to have lived originally in the Ohio River Valley area but began migrating west as early as 1200 CE.

By 1673, many of the Osage had settled near the Osage River in the western part of Missouri. They claimed as hunting grounds all the land between the Mississippi River and the Rocky Mountains, and between the Missouri and the Arkansas Rivers. They were recorded in 1690 as having adopted the horse and their desire to acquire more contributed to their willingness to trade with the French, who had also established settlements in the area.

The Osage reportedly held high rank among the hunting tribes of the Great Plains, where they made semi-annual buffalo hunting trips. Their appearance may have contributed to their status. Nineteenth-century painter, George Catlin described the Osage as “the tallest race of men in North America, either red or white skins; there being few indeed of the men at their full growth who are less than six feet in stature, and very many of them six and a half, and others seven feet.” 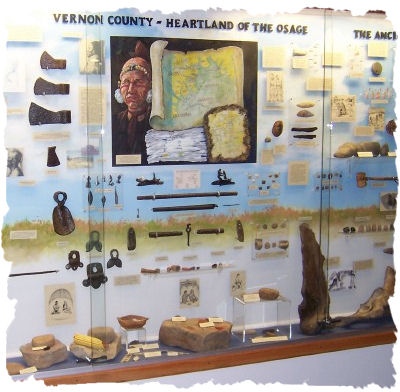 By 1808, the Osage had given up all their Missouri territory except a 24 mile strip on the west, which included most of Vernon county. In 1825, they ceded the rest of their Missouri lands and left the state, but the hundreds of Indian artifacts dug from the soil of Vernon County farms and creek beds all attest to the fact that the Osage once owned this land and left their mark.