The Nevada Fire Department celebrated 125 years of service in 2010, and the Bushwhacker Museum commemorated that fact by partnering with them in a new exhibit.

Originally a volunteer organization, the first fire fighters, or “fire boys” as they were called, pulled hand carts loaded with hose and nozzles to each fire. Beginning in 1893, fire equipment was transported by light draft horses, affectionately known as Joe and Dan.

Those first horses must have had a special place in the hearts of the “fire boys” because all subsequent replacements were also called Joe and Dan! The last Joe and Dan team was retired in 1918 when Nevada received new motorized equipment.

A large mural depicting the original horse drawn wagon is on display in the Fire Department exhibit, along with some interesting artifacts, including an antique chemical wagon from Sheldon, MO. 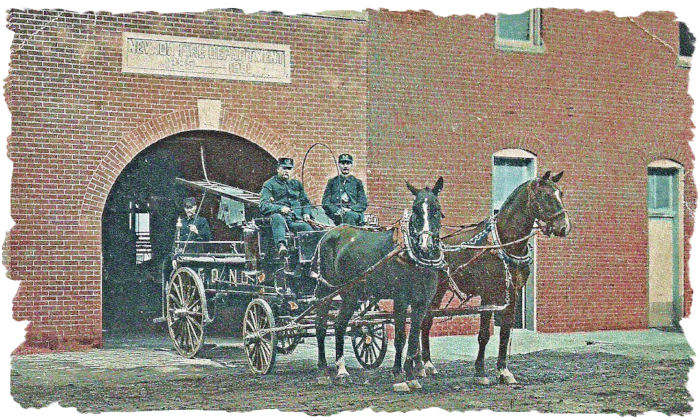