The term “border war” refers to skirmishes and battles which took place especially in western Missouri and eastern Kansas from around 1854 through 1865.

When the Kansas-Nebraska Act opened Kansas for settlement, disorder and violence soon followed over the question of whether slavery would be permitted in the new territory. In 1853, Ft. Scott, Kansas was filled with southern sympathizers, along with proslavery newspapers and officials. Antislavery forces drove many southern sympathizers out of Kansas and these irregulars began raids into Missouri. In 1858, John Brown led a raid on three northwest Vernon County farms, killing one man and carrying off 11 slaves and valuable property. Hostilities escalated from there and most remaining Kansas “confederates” fled into Missouri. Battle lines were clearly drawn, then, and Kansas Jayhawkers and Missouri Bushwhackers began the raids and battles now characterized as the border war.

Everyone had their own reasons for the side they chose, and although slavery was certainly one of the precipitating factors, there were relatively few slave-holders in Vernon County at that time. It was a matter of states’ rights for many, and for others, the reasons were dictated by personal hostilities. Perhaps for most, it was simply a matter of loyalties. If they left Virginia to settle in Missouri, their sympathies were probably still with the South. If their parents were abolitionists from Boston, they sided with the North.

Although many of the Bushwhackers and Jayhawkers became regular soldiers, some continued as guerrilla fighters throughout the war years, so that they could remain close to home, trying to guard their families and farms.

The Civil War cut deep in Missouri and Kansas and for some, the hostilities have never really ended. They remember the stories told round the kitchen table of a great grandmother shot in her yard defending her home or a 14 year old cousin hanged by raiders. They remember. 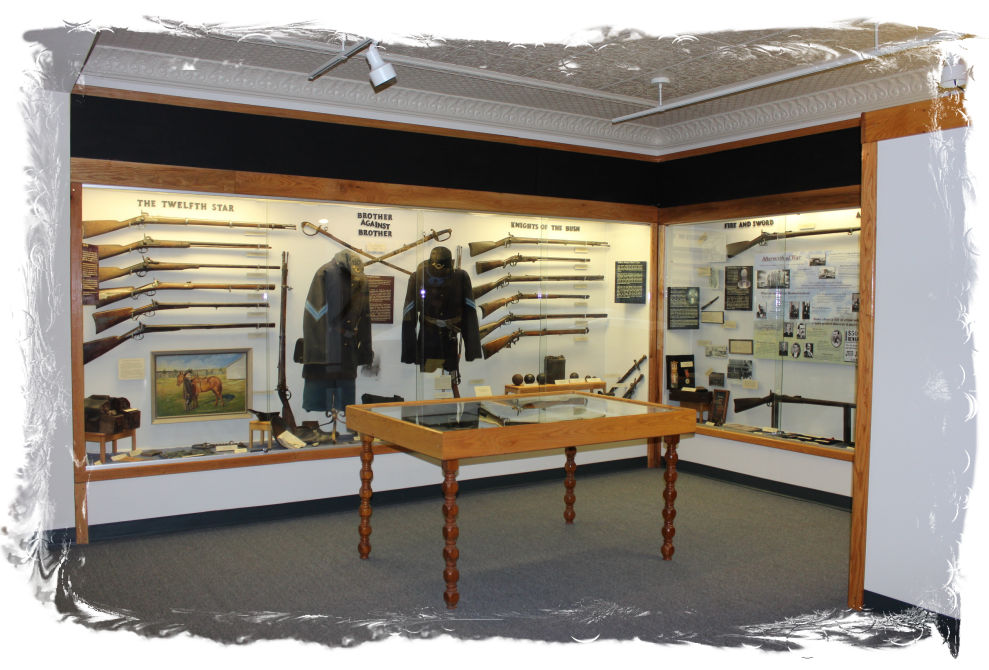